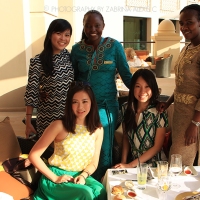 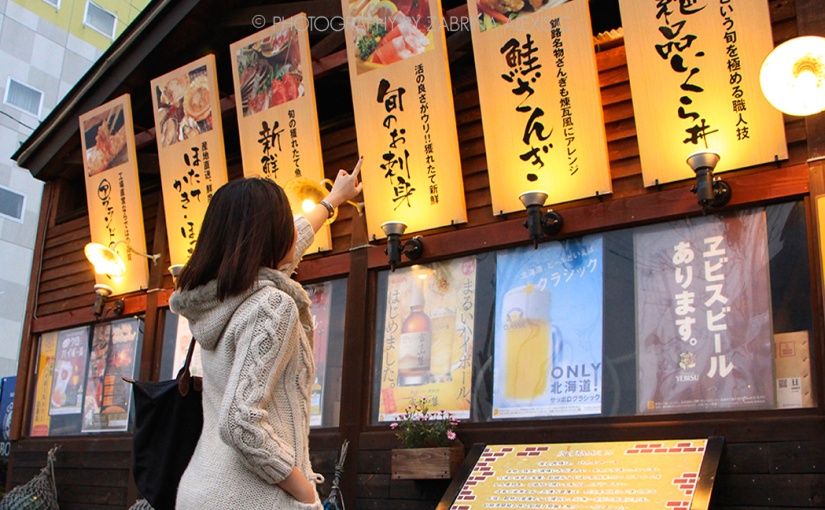 Hokkaido is well known for its fresh seafood, and when we heard about Robata Renga being famous for its do-it-yourself seafood charcoal grill, we wrote it down into our itinerary right away. Ordering was a bit complex for us because none of the staff could speak any English, but we survived with some guessing and pointing, and had a fine meal. There was a good range of seafood from which we could pick out our ingredients for the grill, but I’d say you definitely need some skill going at the charcoal barbecue.

Robata Renga isn’t cheap, and by that I mean it averaged around $25 to $30 per head for us to feel full, but the seafood is fresh and the cuts are generally good.

To go: Maybe, if you like barbecue and would like to have a go at it yourself 😐

On the whole I’d say the meal was a good one, and because the beer was really inexpensive all the men were more than happy. The mixed platter had mostly one of each kind of ingredient, so it wasn’t the easiest to share (i.e. you’d have to slice it all up to each have a taste) – I don’t think this had to do with the two different sets we ordered because all the pictures seemed to feature only one or two of each item, but perhaps that could be the point. The meats were pretty ordinary. In the end, I think whether it’s worth your while really boils down to who is working the grill. If you’re not a fan of a do-it-yourself, I’d be all for leaving the barbecue to the Japanese chefs because they’re often plenty good at it. 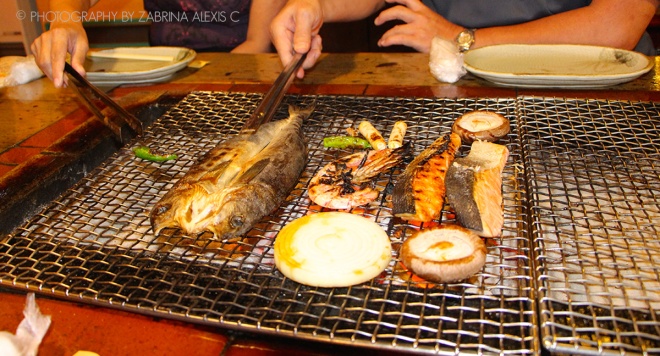