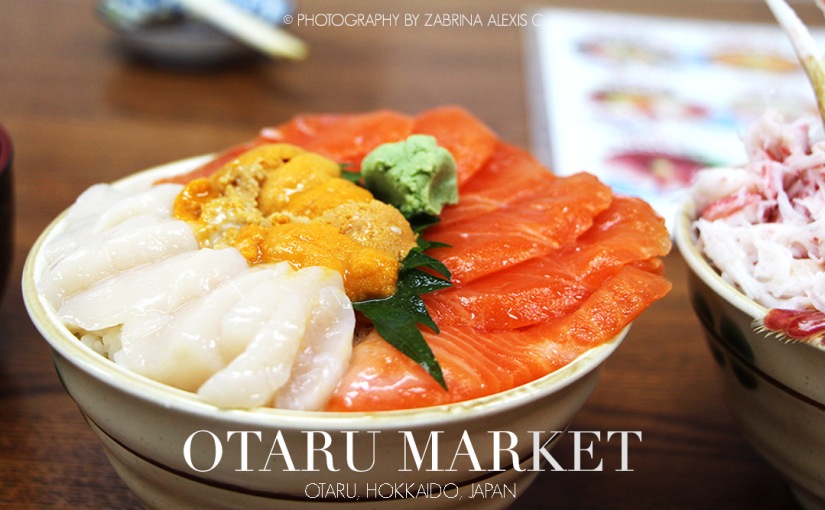 We made a stop by Otaru’s wet market in the late morning to check out their range of fresh seafood. Being a seaside town, Otaru’s streets are lined with restaurants and shops selling seafood in various forms – from live to dried to fresh cuts served with don. Otaru’s wet market was smaller than Kushiro’s Washo market but better, with fresher seafood and great value. The stall owners are a lot kinder as well, perhaps due to lesser competition, and even took the time to explain the different catches and fantastic sea creatures.

I walked down the length of the market armed with my DSLR, trying my best to capture as much of the colour as possible. One of the shopkeepers saw me pointing and commenting on the giant crabs in my video, and without hesitation, lifted the entire crab out of the tank and said, “Yes it is hu-ge!” Haha! – often it’s really the locals that really make the place even more memorable. He gave me a pinch of uni to taste before we eventually sat down to enjoy a Major seafood meal.

Right- enough of my talking. I’m going to hit you with the pictures 😛 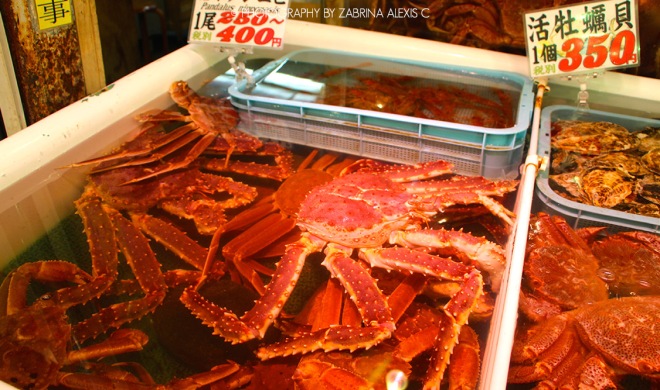 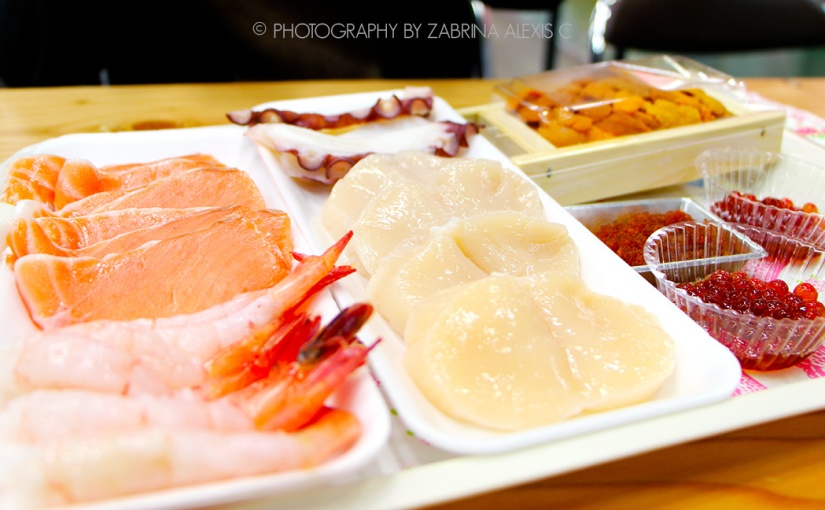 The Kushiro Washo Market was the first market I visited in Hokkaido. My cousin had been to Hokkaido before, and he’d said that the markets were one of the best places to get seafood coming in straight off the fishermen’s boats and at reasonable prices. We started the day early, and although the market was supposed to open at 8AM, many of the stalls were still setting up shop when we entered at 8.15AM. Majority of the stalls at Washo sell seafood, although there is a sizeable section of fruit and vegetable stalls at the other end, as well as shops selling cooked food (e.g. all matters of dons) along the perimeter of the market.

Sashimi here compared to elsewhere was definitely cheaper on the whole, but with so many stalls selling the same thing (sashimi, etc.), it was challenging to determine which stall to patronise. The crabs were not cheap though. Nonetheless, for the price we paid, we got to sample a wide variety of items including uni (sea urchin) and kani (crab), although on hindsight I can conclude that for the highest quality sashimi/crab, you should go to the notable restaurants instead because they know how to pick out their raw ingredients far better than we do. 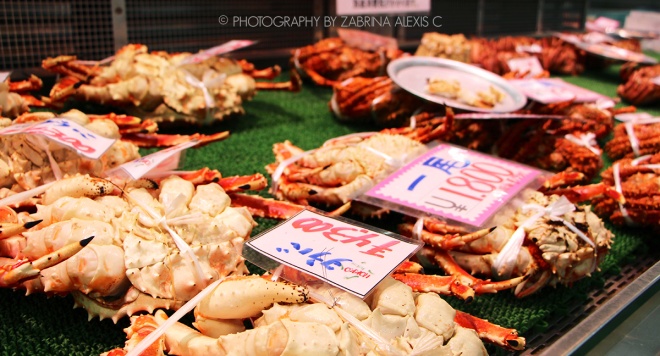 unless you want some fruit?

I wasn’t quite impressed with the quality of the sashimi and the crab, to be honest, was poorly prepared. I tasted better sashimi almost everywhere else. My first taste of uni was at Washo, and I immediately declared that I didn’t like its fishy, mushy taste which reminded me a little of ammonia. The steamed crab was surprisingly dried out and fibrous – not at all what I was expecting of the crabs Hokkaido is supposed to be famous for.

We got some fruits on the way out and they were really juicy and succulent. The stalls were most pleasing to the eye, lined with peaches of almost perfect skin and beautifully packaged giant strawberries which I gladly picked up in preparation for the long drive to the next town of Abashiri.