We made a highly-anticipated stop at LeTAO (ルタオ) in Otaru for their famous cheesecakes. I heard all about the melt-in-your-mouth creamy cheesecakes of LeTAO from friends who’d gone ahead, and I’m glad to say it didn’t disappoint.

Being right at the start of the street as you turn off the main street, LeTAO is impossible to miss.

If you’re heading upstairs to the cafe, you’re not going to stop at one. And if you’re shopping on the ground floor, with the sales assistants smilingly handing out samples of everything delicious (think lots of chocolate), you’re not just going to walk out with one box either- more like a bag, or two, or three!

Needless to say, you have to try LeTAO‘s cheesecakes – A light texture, with soft, smooth, cheesecake, nestled within a bed of feathery light cake crumbs and a light cream. To me, it was as if special notes of the cheese, distilled somehow, were gently whisked and incorporated into the cake, and as it descended upon my tongue, I couldn’t help but feel a smile grace my lips.

For all the hype surrounding LeTAO‘s cheesecakes, I’m surprised no one has made much mention about their tea. The LeTAO tea is incredible! There is an amazing range of flavours, and if you just open the lids of the sample cans, the beautiful scents will hit you like a dream. We bought some to take home with us from the shelves on the second floor (where the cafe is), and we’ve rationed the teas till now because they are simply so precious in fragrance and taste. 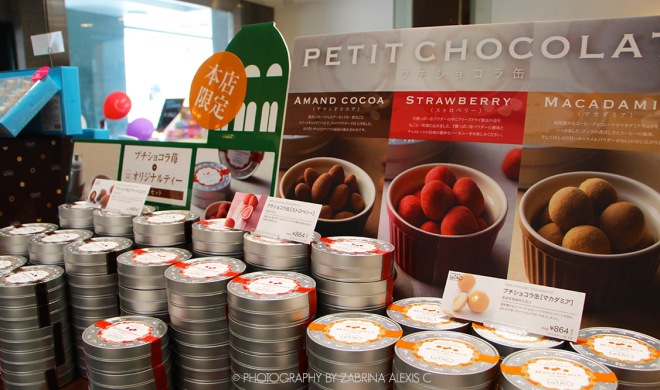 I was really excited about Furano Delice (菓子工房フラノデリス) after all my research and what my cousin had told me, and you can totally tell from my voice and the ooh-ing in the video below.

Seated atop a hill in the outskirts of Furano city, Furano Delice is not difficult to find and can be easily spotted when you’re in the vicinity. I’m not sure if you can get here via public transport and if there is it is probably rather infrequent, but if you do plan to drive like we did, the telephone number provided is accurate for the GPS and there’s an abundance of parking at the open-air public carpark just opposite its entrance.

I guess that depends on how many cakes you order, but on the whole it was inexpensive. They’re most famous for the  Furano Milk Pudding which was 300JPY (~$3.50), and the cakes are just a little more than that. They have coffee as well, and the espresso we had was really intense, so all you caffeine-lovers should be pretty happy at Furano Delice too!

To go: When in Furano for sure!

Just to try the milk pudding! Creamy and luscious, like a softer cousin of panna cotta. In my opinion, cheesecake cravings can be better fulfilled at LeTAO in Otaru, but their double fromage cheesecake is pretty good too.

The Furano Milk Pudding was decadent – made from locally produced Furano milk, cooked, and then set in a miniature Furano milk bottle, it is super cute AND delicious. The syrup at the bottom is not caramel, like I’d thought when shooting the video, but more of a thicker, darker, maple sort of flavour which went on smoothly atop the flavours of the pudding. You can keep the glass bottle as a souvenir as well! The cheesecake was good, LeTAO’s is still better, but the strawberry cake was nothing special.

If it’s cold out enough, you can sit on the terrace outside under the tent with gorgeous views over the countryside, but when we were there we sat indoors to get away from the scorching heat.